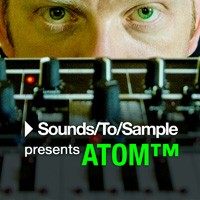 Sounds To Sample has announced the release of Sounds to Sample presents Atom TM, a sample library by Uwe Schmidt aka Atom TM.

With over 180 albums produced under 70 different aliases, 28 years of production experience, and a catalog that spans a breadth of electronic music genres, Sounds to Sample is proud to present the second sound set from the legendary techno producer, Atom TM (aka Uwe Schmidt).

Often regarded as one of the top techno producers in the last two decades, Atom TM has opened his production vault to producers of all skill levels to study his storied sound.

With over 350 loops, tones, vocals, and more, Sounds to Sample presents Atom TM is a contemporary step beyond Uwe’s Cloned:Binary sample bank released in 1992, the same bank that was sampled in some of Ricardo Villalobos and Luciano’s seminal productions.