Spectrasonics has announced the release of Omnisphere 2.5, a major update of its flagship software synthesizer instrument. 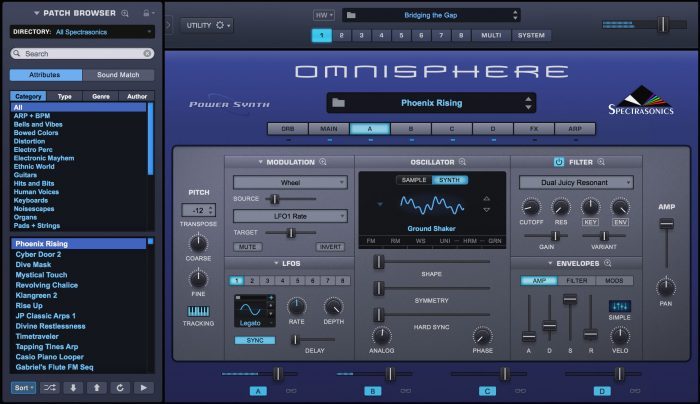 “Since the beginning of computer-based music, the biggest limitation of software synthesizers has been the lack of physical interaction. It’s hard to beat the immediacy of a physical synthesizer that you can touch! We are very excited to be able to finally eliminate that problem by utilizing the world’s finest hardware synthesizers to fully control Omnisphere.” said Eric Persing, President of Spectrasonics.