Solid State Logic has announced the release of Soundscape V6.2 at MusikMesse 2012. 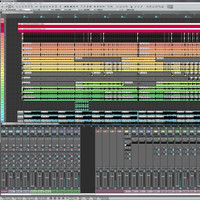