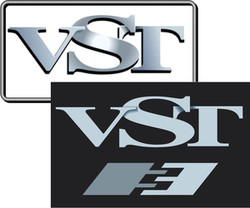 Steinberg has announced that it will no longer continue to develop and maintain the VST 2 software interface but focus efforts entirely on the Software Development Kit (SDK) development of VST 3. All Steinberg host applications will remain VST 2 compatible.

“After introducing the SDK of version 3 to the VST community five years ago, we believe it’s time that VST 2 slowly comes to an end,” remarks Timo Wildenhain, product marketing manager at Steinberg. “VST 3 reflects today’s technological advancements and meanwhile a considerable number of VST hosts and plug-ins support VST 3.”

Initially launched in 1996, VST creates a professional studio environment on PC and Mac computers, allowing the integration of virtual effect processors and instruments into any VST host application. Being an open standard, the possibilities offered by VST continuously grow. In 1999, Steinberg introduces the second version of VST to great acclaim, witnessing new virtual effect processors and instruments developed by Steinberg and other companies. 2008 sees the release of VST 3, now featuring multiple MIDI ports, surround sound capability and side chaining. Meanwhile VST 3.5 supports Steinberg’s VST Expression for creating and editing multiple controller values on a single-note level as well as providing an intuitive way to work with instrument articulations.

While VST 3 was introduced in 2008, Steinberg’s technical support and development of the VST 2 SDK is now at a closing point. The VST 3 development kit not only generates VST 3 plug-ins, but also is capable of rendering to VST 2 and AU formats, making it the ideal choice for outputting three formats.

“Our host applications, such as Cubase, Nuendo and WaveLab, will continue to support VST 2. We are, however, planning to make the SDK for VST 2 unavailable by the end of this year,” Wildenhain continues.