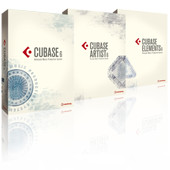 Steinberg has announced the release of the 6.0.3 maintenance update to its music recording and production systems, Cubase 6, Cubase Artist 6 and Cubase Elements 6.

The update can be downloaded free of charge from the Steinberg website.