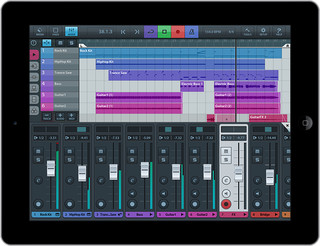 Steinberg has announced version 1.7.1 of Cubasis, a streamlined, multitouch sequencer app for iPad.

Steinberg announces today the release of a maintenance update for its Cubasis app.

This maintenance update solves many user-reported issues and is highly recommended for all users of Cubasis.

Cubasis for iPad is available to purchase for $49.99 USD. The Cubasis 1.7.1 update can now be downloaded on the Apple App Store.