Sub51 has announced the release of a new sample library for both Logic EXS24 and Native Instruments Kontakt.

Organic Haunts features a collection of sounds designed to deliver an ‘other-worldly’ character, though many of the sounds would be equally at home in ambient, chill, EDM and Sci-Fi compositions. 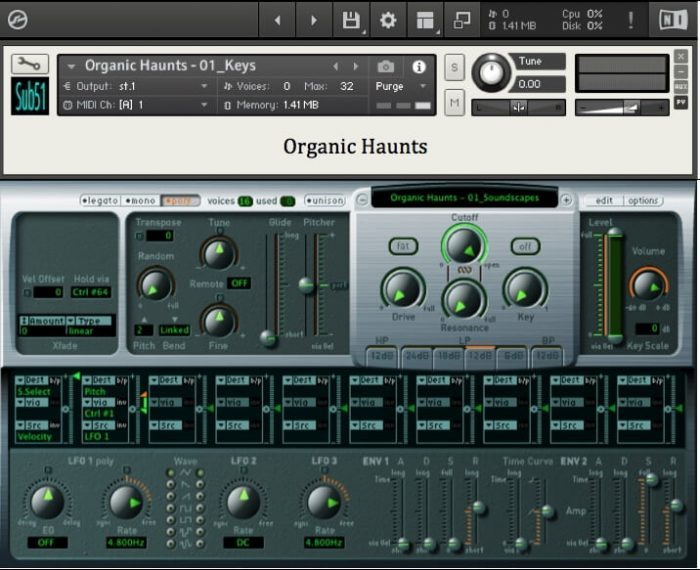 This 742MB library contains a collection of 23 strange and creepy soundscapes, 34 eerie and unsettling effects, 10 fully-mapped keyboard patches and 67 percussive one-shots. For the further benefit of Logic Pro users, both formats also include predefined Logic plug-in presets making it easier for users to scroll through each sample patch.

Each sample has been carefully captured at 24-bit / 96kHz resolution sourced from a diverse and eclectic mix of environmental and synthetic sound sources, meticulously shaped and morphed to create something truly unusual and inspiring.

Organic Haunts is available at an introductory price of £7.50 GBP for a limited time only.

Save 70% off Sonible Smart:EQ+ plugin in exclusive sale