Sugar Bytes has announced Guitarist, a virtual guitar instrument for Windows and Mac.

Guitarist can be played live as well, with just two fingers you can combine chords and patterns easily. You can choose from factory chords or just create your own chords on the fingerboard. The Action Section allows you to tweak the sequence in realtime and apply timestretch, looper or other crazy effects. Guitar players, keyboarders, producers, Guitarist is the new solution when guitar tracks are needed. 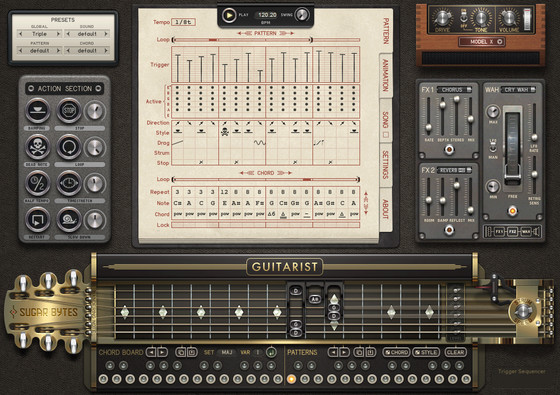 Guitarist will be available for PC and Mac (Standalone/VST/AU) in September, 2010.