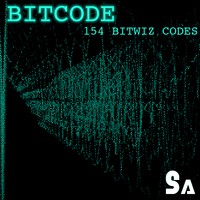 Sunsine Audio has announced the release of BitCode, a collection of 154 presets or “codes” for BitWiz Audio Synth by Kymatica.

Each code began randomly, and were then altered to make them more appealing; adding and subtracting variables, changing constants, etc.

Support was added for the XY pad on almost every single code, resulting in potential changes ranging from subtle to drastic.

The soundset is available to purchase for $2.49 USD.