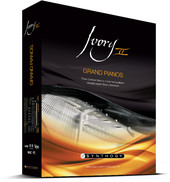 Synthogy has announced that it will begin shipping Ivory II – Grand Pianos through its distributor ILIO and retail stores on September 13, 2010.

Ivory II – Grand Pianos will be the first of Synthogy’s new products to feature the all-new Ivory II piano DSP engine. It is the first major upgrade to all of its Ivory pianos since they were first launched. Significant improvements have been made to both the piano DSP engine and to the integrated sample libraries that come with the products. Following the release of Ivory II – Grand Pianos, the Ivory II upgrade to Synthogy’s Italian Grand will be available near the end of September, while the Ivory II upgrade to Upright Pianos is expected later this year.

Upgrade paths are available to users of previous versions of Ivory products.