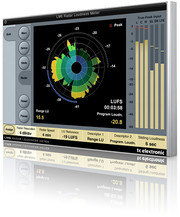 At the recent AES Convention in New York City, Avid presented a new plug-in format for Pro Tools 10: AAX (Avid Audio eXtension). One of the most frequently asked questions for third-party plug-in developers during the show was how soon they would be able to support this new format.

TC is proud to announce that its LM6 Radar Loudness Meter, which was also revealed at AES, will in fact support the new AAX format right from the start.