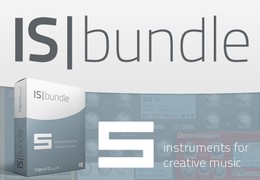 Tek’it Audio has announced the release of the IS Bundle, a collection of all its instrument plug-ins at 50% off.

Tek’it Audio as released a new software bundle, the “IS Bundle” that include all their instrument plug-ins.