Tek’it Audio has announced the release of RECsoprano 2, an update to the free soprano recorder instrument plugin.

Previously available for Windows only, version 2.0 brings the plugin to MacOS (AU) and also includes 64-bit support for the Windows version with VST2/VST3 plugin formats. 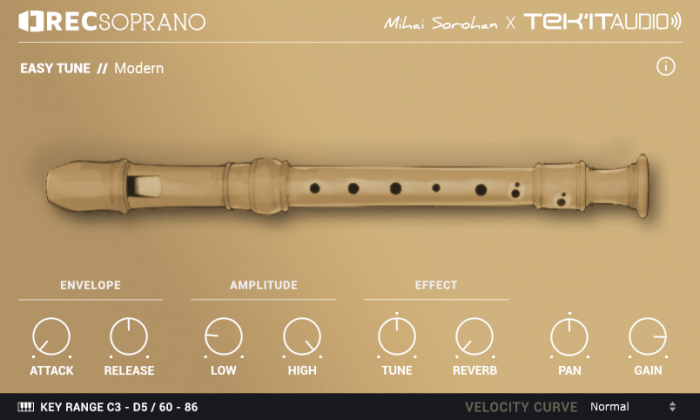 RECSoprano 2 comes with a new UI and new features. It is based on original samples of a soprano recorder sampled by Mihai Sorohan.

Register to Tek’it Audio’s news and updates to get your free download of RECsoprano 2.