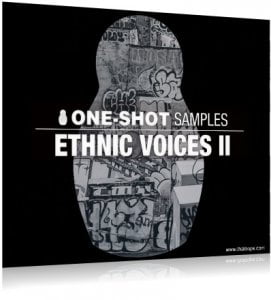 ThaLoops has announced the release of Ethnic Voices 2, a collection of voice samples for dubstep, urban hip hop and pop music production.

This pack is also enriched with an extra preset of traditional Chinese voice samples performed with erhu and the ritual singing of buddhist temple monks accompanied by percussive instruments. The extra voice sounds where recorded in Shanghai city.

Ethnic Voices 2 is available for purchase for $16.95 USD.