Tone2 Audiosoftware has released version 1.5 of Icarus, a major update to the wavetable synth for Windows and Mac. 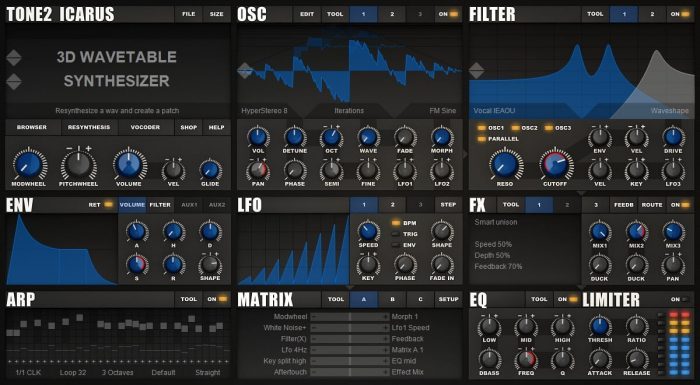 The award winning Icarus is an exceptionally powerful, new synth with ‘3D wavetable synthesis’. It offers a unique and futuristic sound. The innovative resynthesis can rebuild sounds with a single mouse-click. A massive quantity of inspiring factory sounds allow you to create fantastic tracks easily and rapidly.

The Mix Challenge expands with a Mastering Challenge