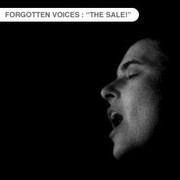 We are thrilled, proud and excited to celebrate something with you. The prestigious Sound On Sound Magazine recently rated our Forgotten Voices: Francesca Library with a perfect 5/5 review in the November 2009 issue.

Quote: “… Tonehammer are building a strong reputation for beautifully recorded and inventive sample libraries … Francesca is a haunting alto voice and the phrase-sculpting features make this a unique, flexible and spiritual-sounding library that’s also superb value for money. Just listen to Tonehammer’s demos, and see if you fall in love as I did! …” Source: Sound on Sound

So to party, party, party the great reception Francesca and our other vocal libraries have received, we’re pleased to announce our first ever sale!

Existing Cait and Barbary owners may update these libraries to enjoy all of the new features and improvements.