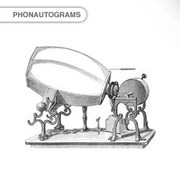 Its our pleasure to share a very special find with you all. The non-profit organization First Sounds has restored the earliest human audio recordings to a listenable state. Invented in the 1850s by French inventor Édouard-Léon Scott de Martinville, these “Phonautograms” actually predate Thomas Edisons earliest recordings by nearly two decades.

They were made by projecting sound into a cylindrical horn attached to a stylus, which in transferred the vibration into lines over the surface of soot-blackened rolls of paper. These captures were purely optical. No device existed which could translate the recorded acoustic information back into sound, until the First Sounds organization acquired the artifacts, with the help of the French Academy of Sciences. They worked with scientists at Lawrence Berkeley National Laboratory and other experts to devise a method of scanning and deciphering the images.

In the spirit of celebrating the past and present day sonic pioneers who brought this piece of history to us, we converted one of the sets into a playable instrument. We chose the D Major scale recording titled “Gamme de la Voix – Vocal Scale (May 17, 1860)”, since it made for the most direct and flexible instrument.

You’ll notice that the distorted fidelity, pitch and tone yields a smeared and crackling quality, sounding somehow between a frail and warbly voice and a washed out flute. We think it actually sounds beautiful and reminds us of the humble beginnings that modern audio-visual media has grown from. If you happen to make any cool music with this little instrument, please do share it with the folks at First Sounds. They’re very interested in hearing how people use these sounds in creative ways.

Phonautograms is available in Kontakt, EXS24 and SFZ formats, and also includes a set of synthetic drum sounds made from the same source material. In the Kontakt version, the modwheel controls subtle vibrato and tremolo effects.