Toontrack has announced the release of the Classic Rock EBX, the first-ever expansion for its EZbass virtual bass guitar instrument. 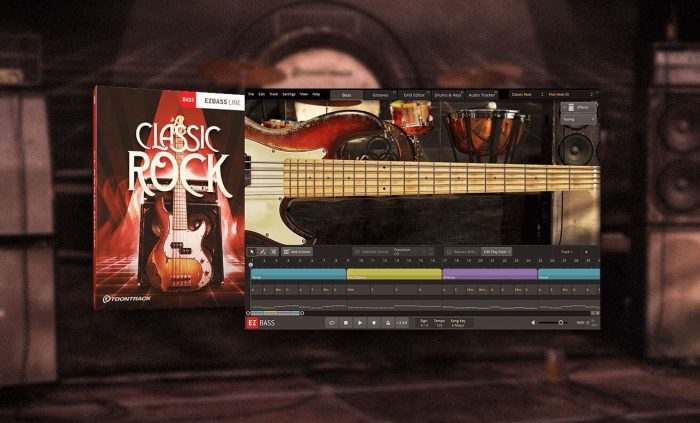 The Classic Rock EBX is an expansion for EZbass featuring a meticulously captured 1960s bass. Picked for its optimal qualities, this bass embodies all the wants and needs you’d be looking for in a workhorse of a rock instrument: the thick low end, the soaring harmonics and that bright and articulate sustain that cuts through in any mix without being overpowering. Simply put, this is a bass that oozes rock at the strike of a single note.

Aside from the actual instrument, the EBX also includes a broad selection of presets for all tools and striking options as well as a custom collection of MIDI, making this much more than just a bass sample library – it’s a well of ideas and a true toolbox of sound.

Can you imagine an earth-shattering groove without the raw power of the bass? Without that deafening rumble that perfectly interlocks with the drums and melds everything into the thunderous wonder that spells classic rock? Of course not. Welcome to your new go-to bass.

The expansion is available from Toontrack and distributor PluginFox, priced $79 USD.