Tsugi has recently released an update to its GameSynth modular and extensible sound design tool for Windows that comes with specialized models full of unique features.

The version 1.1 update includes new Particles and VoiceFX models, as well as many improvements and new features for the current ones. 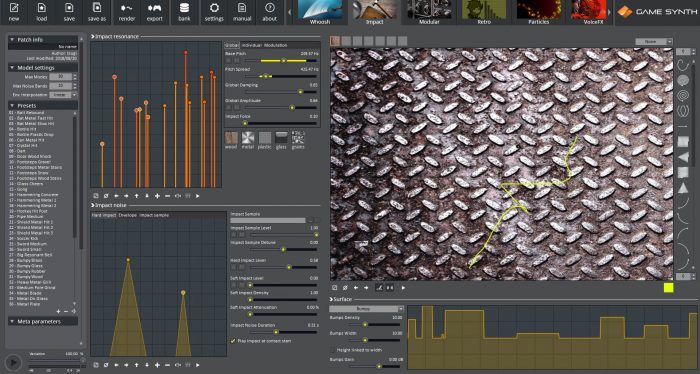 With the new “Particles” model, granular synthesis is used to design intricate sonic textures. Massive amounts of sound particles are controlled in real-time to create truly innovative sounds and all parameters can be modulated: emission rate, velocity, particle lifetime.

With version 1.1, GameSynth becomes a procedural audio platform. The new plug-in system allows both researchers and audio companies to implement their own procedural audio models and sell them easily by using the existing framework of GameSynth. The first GameSynth plug-in has been developed by Sound Design Labs, a Japanese company founded by a veteran engineer of Yamaha Motors. It is a physically-accurate and fully-controllable model of an engine. Many types of vehicles are available (F1, motorbike, sports car, etc.).

GameSynth is on sale for $290 USD until September 30th (regular $390 USD). The update is free for current users. 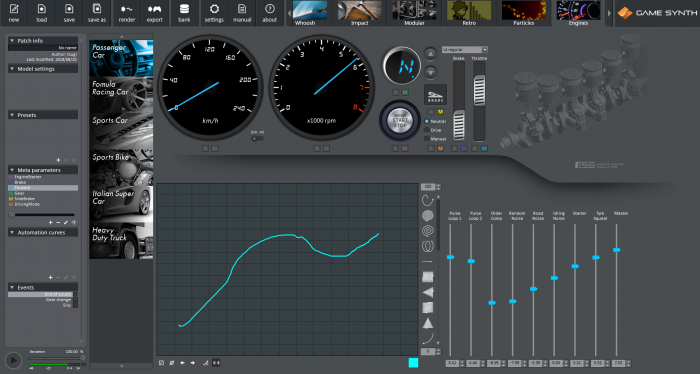 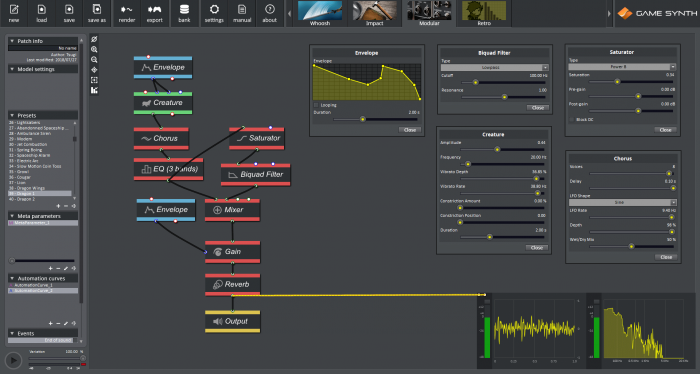 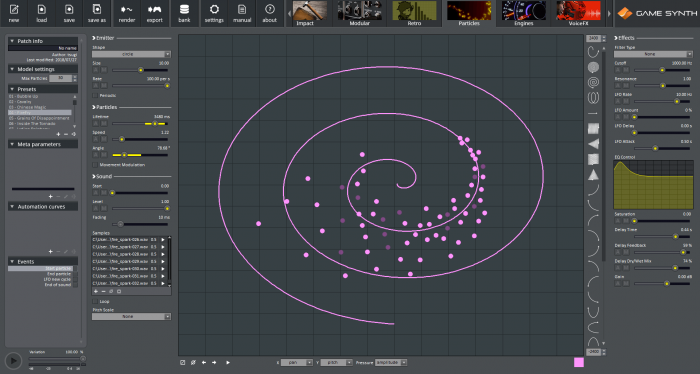 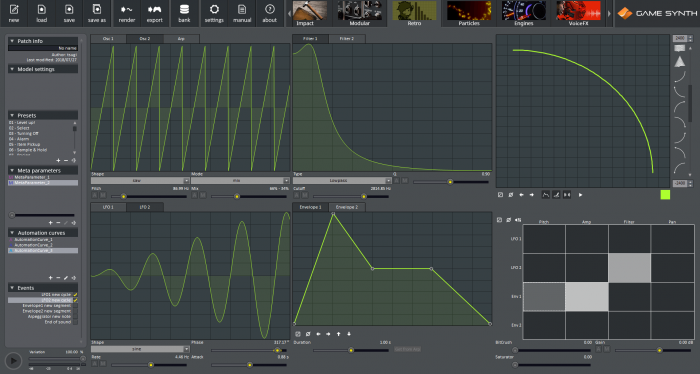 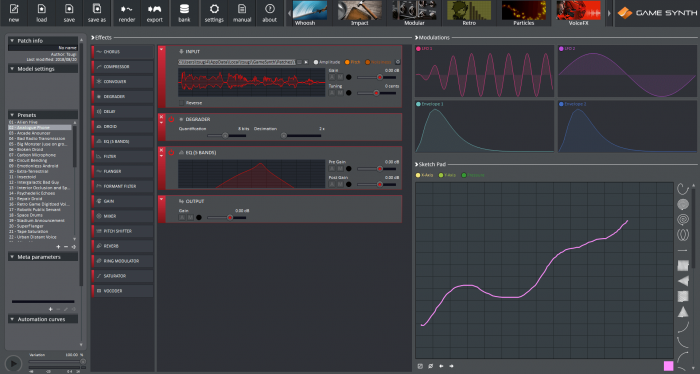