Just in time for the weekend, u-he has released a public beta of Repro-5, a virtual synthesizer instrument that brings the sounds of the Prophet 5 to your computer. 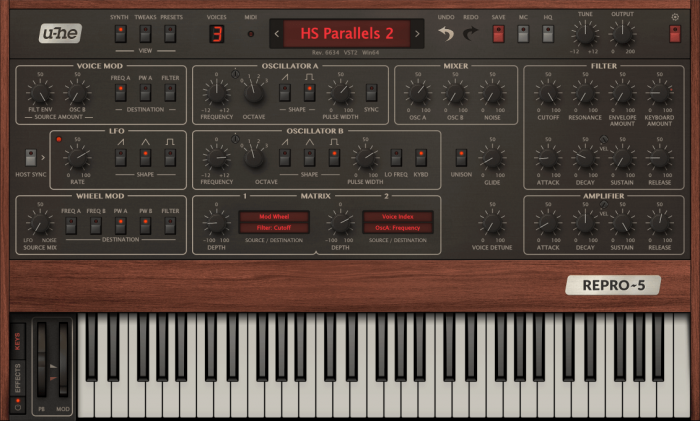 We are pleased to start the public beta for Repro-5. Repro-5 shares a lot of sonic DNA with Repro-1, but draws inspiration from an even more iconic vintage synthesizer.

You will find the familiar rough and raw sounds of Repro-1, but with a few differences, new flavours and characteristics. Most notably, of course, is polyphony.

Besides the introduction of Repro-5, the public beta also includes various improvements and fixes for the Repro-1 synth.

The Repro v1.1 beta, which includes Repro-5, is available for download for Windows and macOS (VST/AU/AAX/NKS) from the u-he forum at KVR. 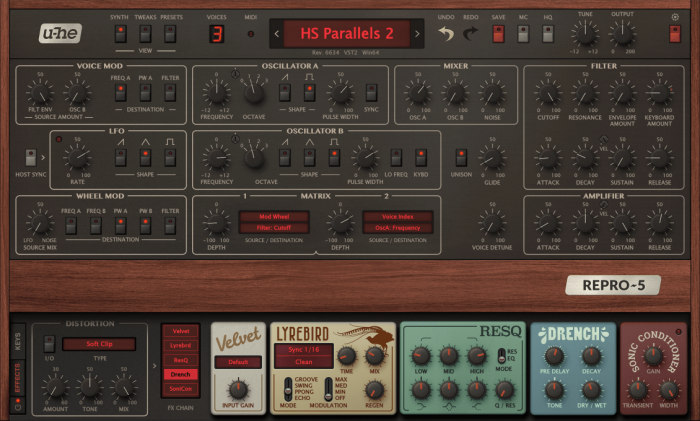 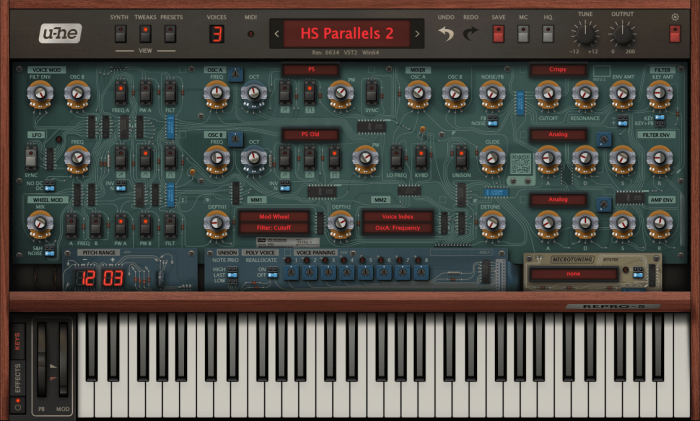