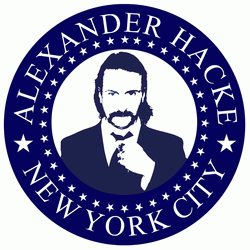 u-he has announced Alexander Hacke: NYC, a soundset featuring 150 sounds for the Zebra2 synthesizer for Mac and Windows.

New York City is the new patch bank for Zebra2 by Alexander Hacke, of the famous German post-industrial band Einstürzende Neubauten. Hacke’s work has influenced many musicians around the world, and the musical genre Industrial would certainly not be the same without him!

In this amazing patch collection, Hacke combines his love for New York City with his love for Zebra2. A musical hommage, a cinematic soundtrack that captures the flavor of various New York locations. Some sounds are playable chromatically, others tell an entire story within a single note. Some smirk at you ironically, others evoke the strangest of emotions. Always read the patch info, and always try the XY controls for extra expression!

For some this will be the ultimate synaesthetic guide to the Big Apple, for all others it will be the most unusual collection of individual sounds and loops they have ever heard from Zebra2.

Alexander Hacke: NYC for Zebra2 is available to purchase for $39 USD excl. VAT.