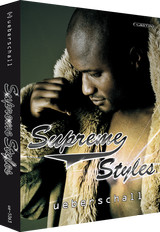 Ueberschall has announced the release of Supreme Styles, a sample library for urban music with a focus on guitars.

The library deals with a wide range of styles such as HipHop, R&B, Club and Dancehall, as well as other surrounding genres. Each of the 30 Construction Kits delivers a well composed track, (including a main part, variation, intro/outro), which consist besides its instrument and drum and percussion loops, of several guitar loops. With a range of 58 bpm to 127 bpm, you‘ll find unique tracks, which have their own tension, feeling and style. Everything is composed to conform to the musical genre and the samples comprise a state of the art Library, made to achieve true urban sound.

Supreme Styles is available to purchase for 99 EUR.