Tek’it Audio has released version 1.1 of Uinku, a foldback distortion effect for Windows and Mac. 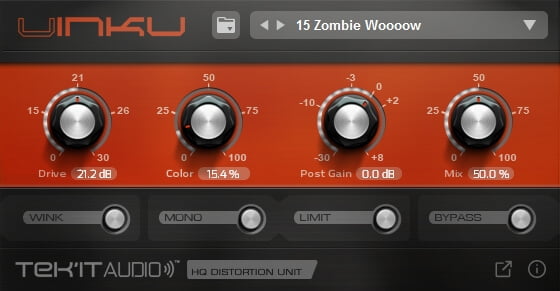 Uinku creates subtle harmonic changes to extreme distortion helped by the “Drive” control to add saturation and the “Color” control to bake the perfect tones.

This update fix several bugs, improve performance on both Windows/Mac OS X and feature a greatly enriched user interface. In addition to having been beautified, the user interface features value readout for each knobs, an improved preset manager and a new menu to open the user manual or get support directly from the plug-in.