VST Buzz has launched a sale on Drums of the Deep, a Kontakt instrument library featuring a collection of original cinematic drums.

Included in this deal is a Taiko & Gran Casa Bass Drum played at the same time, resulting in a massive sound. These were recorded specifically for this offer and are not available anywhere else. 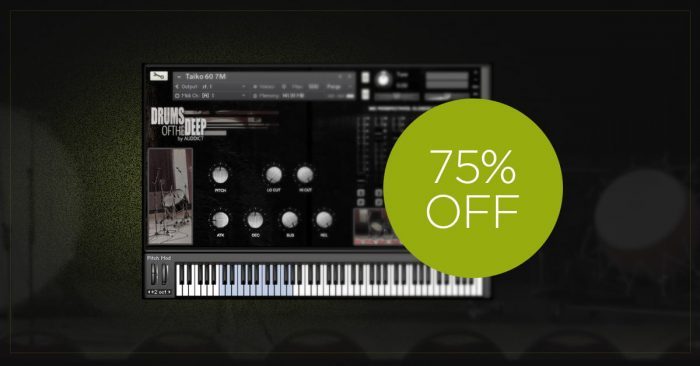 Weighing in at 12GB of sampled material and consisting of 18 individual patches, “Drums of the Deep” was deeply-sampled with one aim in mind… to ensure that your music performance/playback is as natural and versatile as possible! Dynamic layers are numerous (up to seven) as are round robins (up to seven per dynamic layer)… giving you an astounding 49 variations per drum!

Even if the drums provided weren’t already impressive enough on their own (they are!), you can take things even further with some experimentation, by stacking and mixing a Taiko and Deep Drum for instance and sculpting a sound that is guaranteed to make you speakers shake!

Drums of the Deep features

Tighten up your drums with Eventide Fission sound splitting plugin