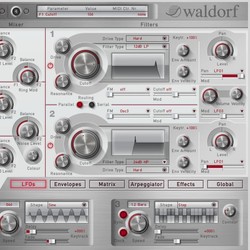 Waldorf has released version 1.1.0 of Largo, a synthesizer plug-in for Windows and Mac.

This update is not only a “bug fix”, it also carries a bunch of new features e.g. the Mod Delay, a completely revised Reverb and an extended multi-part function plus several additional enhancements.