Waves Audio has announced the launch of the Nx Head Tracker via a Kickstarter campaign to make the immersive 3D audio experience a reality. 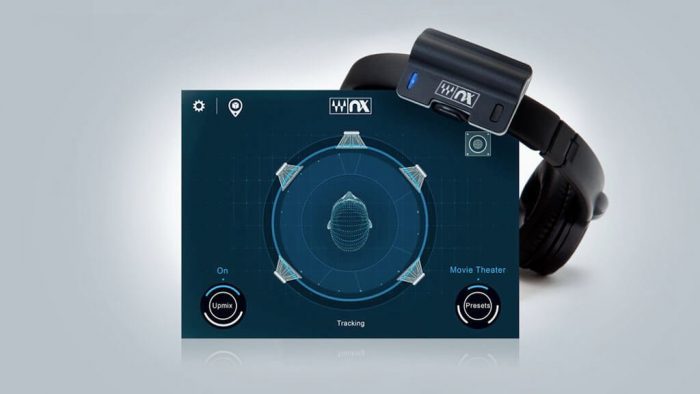 Earlier this year, Waves Audio announced Nx, a groundbreaking software technology that applies panoramic audio imaging to stereo headphones, opening the door to applications in virtual reality, augmented reality, 3D mixing and much more. Waves Nx lets users hear the same natural depth, natural reflections, and panoramic imaging heard from speakers in a physical room, but on headphones. With Waves Nx, music, movies and games are heard in a revolutionary way as they take on a new dimension of immersive 3D reality – and it all happens inside the headphones you already own. The possibilities are endless, and Waves has decided to put significant R&D emphasis on Nx to further develop the technology.

Now Waves is reaching out to the audio community to get involved via a Kickstarter campaign beginning June 22. The campaign is a way for audio enthusiasts to grab an early stake in this revolutionary set of tools. To join the Kickstarter campaign, please visit http://waves.com/kickstarter.

Waves Audio is the recipient of a Technical GRAMMY® Award and the world-leading developer of audio DSP technologies. For over two decades, Waves Audio has pioneered the development of psychoacoustic signal processing algorithms that leverage cutting-edge knowledge of human hearing and perception in order to radically improve perceived sound quality.

The perception of spatial sound is a complex phenomenon. It combines the interactions between acoustic sound waves and a room or space, the interaction between the sound waves and the physical movement of our head and ears, the reaction of our middle and inner ear and the audio nerve, and finally our brain’s cognition and interpretation of the acoustic landscape.

The perception of sound over headphones is a completely different experience. Waves Nx bridges the gap by recreating, on headphones, the same auditory cues that reach our ears in the real world. One of the ways it does this is by tracking the user’s head position and positioning the sound in the user’s headphones to match the way the user would hear it in the real world. Waves Nx tracks the actual movements of the user’s head, rendering the slightest nuances that create a real, dynamic and variable sensory experience – appropriately positioning the audio in the left and right headphones to simulate movement through a three-dimensional audio space.

In January, Waves successfully launched the first product in the Nx family – the Nx Virtual Mix Room plugin, a “virtual monitoring” tool that recreates on headphones the ideal acoustics of a high-end mix room, allowing audio professionals to make better mixing and recording decisions on headphones. Since its release, the Nx Virtual Mix Room plugin has won unanimous acclaim. The next Nx tool that will be brought to market (expected release in September) is the Nx Head Tracker, a small Bluetooth device that latches on to any pair of headphones, tracks the user’s head movements, and communicates with the Nx software. The Nx Head Tracker can be used together with the Nx Virtual Mix Room plugin, or with the soon-to-be-released Waves Nx application, which will allow all consumers to experience 3D audio on their computers and mobile devices. With the help of the audio community via the Kickstarter campaign, Waves will expand its development of Nx, with the goal of heightening the senses and changing the way we all hear the world.