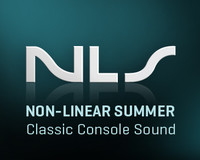 Waves has released its NLS Non-Linear Summer, offering the sound of classic consoles in a plug-in.

Waves, together with three of today’s top producer / engineers, is proud to present the NLS Non-Linear Summer: Three legendary consoles – in one powerful plugin.

Waves modeled over 100 individual channels in all, capturing the unique color, character, and behavior of each and every input and summing bus amp.

Say goodbye to cold digital tracks that lack depth and harmonic complexity, and say hello to the richness and warmth that only analog gear could deliver – until now.