Wavesfactory has announced the release of Cassette, a tape emulation audio plugin based on the sound of several cassette tapes and decks. 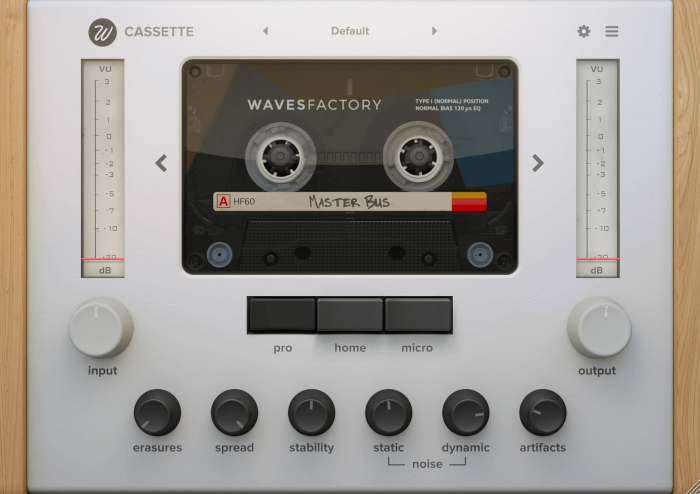 Cassette offers a carefully chosen set of parameters to impart the unique character and sonic imprint of an often maligned recording medium.

Cassette has been carefully modelled after exhaustive analysis of several tape types (I, II, III and IV) and cassette recorders/players: Tascam 414 (Pro) and Omega Reporter-20 (Micro). We’ve included a third deck named “Home” which is a combination of the Pro and Micro decks.

Magnetic tape is not a sterile media and cassettes are no different. It will impart its own signature to signals recorded into it. These include frequency dependent saturation, high-frequency compression, frequency response, hiss, asperity noise and much more. Reproduction systems will also induce some of their sound fingerprint like wow and flutter, random frequency loss, crosstalk between channels, stereo unbalances and other. These little quirks and random fluctuations imprint instant character, movement and analog feel all around in its path.

This is not a high fidelity plug-in! Cassette is designed to be fun.

Cassette is on sale at Wavesfactory and distributor Plugin Boutique for the intro price of 29 EUR until November 30th, 2019 (regular 59 EUR). 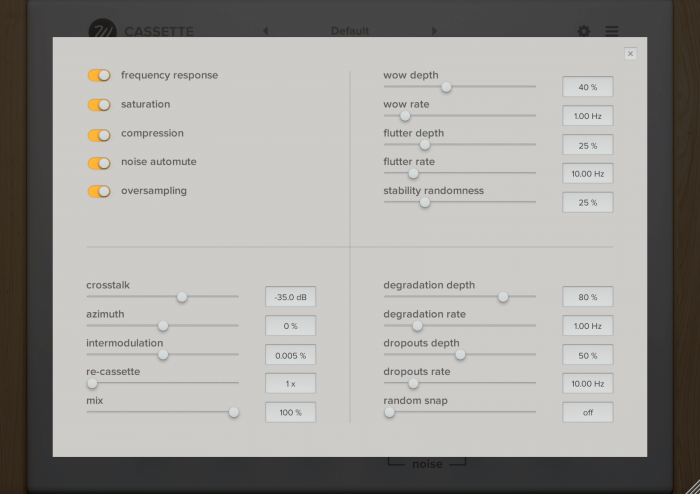