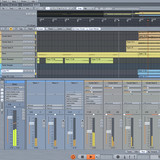 Zynewave has released version 2.41 of Podium, a music production software for Windows.

Podium is a modern production host that integrates audio recording, VST plugins and external MIDI and audio gear. An object based project structure allows for advanced media and device management.

Podium for Windows is available to purchase for $50 USD (includes one year of free upgrades).