Designed as an hybrid multi-tap and feedback delay plug-in, combined with a multi effect and a VST, VST3 and Audio Units host, this plug-in can be used to create a wide variety of audio effects: classic echoes, rhythmic or melodic patterns, vintage tape or digital delays, modulation effects, reverbs, shimmer effects and more… It includes more than 400 presets to get started.

Blue Cat’s Late Replies can be extended indefinitely, applying built-in or third party effects to individual taps, or inside the two nested feedback loops. With its integrated ducker with side chain support, stereo spread control and integrated mixer, it offers total control over the delayed signals.

The Blue Cat’s Late Replies for Windows and Mac (VST/AU/RTAS/AAX) is available for 129 EUR/USD from Blue Cat Audio and distributor Plugin Boutique. 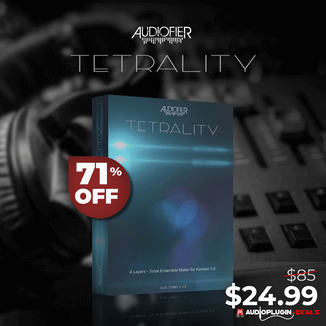