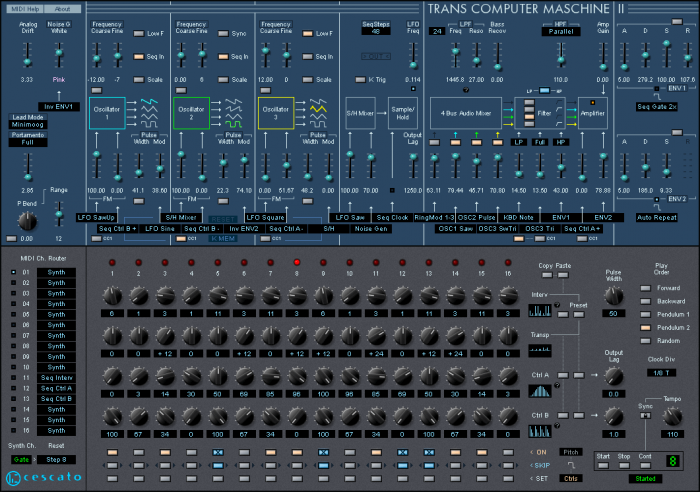 The Trans Computer Maschine plugin is a semi-modular vintage lead synthesizer and pattern sequencer. It is modeled after two legendary synthesizers and a custom analog sequencer from Germany.