Sonoma Wire Works has announced the release of a new drum loop collection by Dennis Chambers for the DrumCore 4 drum instrument plugin (AAX/VST3/AU). 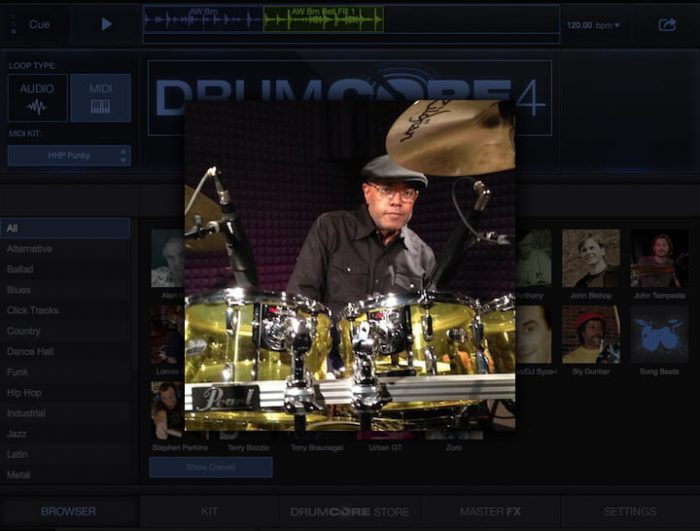 One of the world’s most sought after drummers, Chambers is known for his technique and speed, and has played with Parliament/Funkadelic, John Scofield, Maceo Parker and many other famous artists.

First in a series of Chambers’ GrooveSets for DrumCore, “Rosanna-ish” includes 62 audio loops and fills for $4.99 USD.

Dennis Chambers’ multi-velocity sampled Drum Kit for DrumCore 4, and more new content by Chambers and other drummers are coming soon.

The newly released DrumCore 4.3.3 update for Mac OS improves downloading, increases compatibility, and is recommended for all DrumCore users on Mac OS. The latest version for Windows is still 4.3.1.

More DrumCore 4.3 improvements and update instructions are listed in the release notes.