Toontrack has announced the release of the previously announced The Rock Foundry SDX, a new SDX expansion for Superior Drummer 3 recorded by Bob Rock. 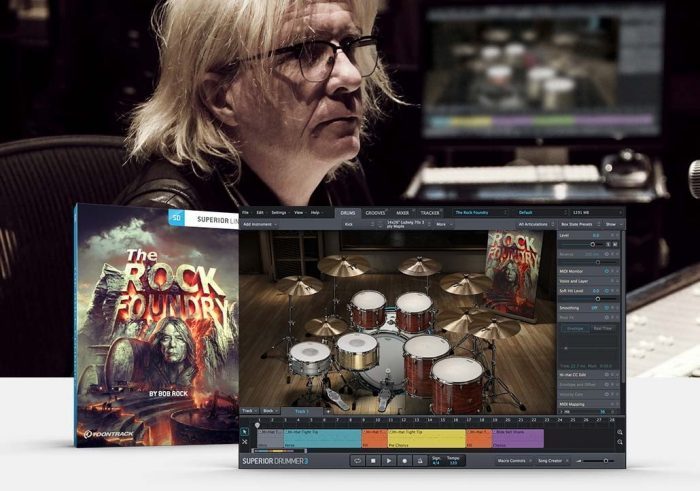 This marks the first SDX specifically designed for Toontrack’s Superior Drummer 3, which has received an overwhelming amount of praise and awards in industry press, from artists and end-users since its launch just shy of two months ago.

“Bob’s name has been on our dream-team list of producers for a long time. Quite frankly, he is an icon and we couldn’t be happier and more proud to have the first-ever SDX for Superior Drummer 3 bear his name,” said Toontrack CEO Peter Knutsson.

“Working with all the people at Toontrack was a pleasure. Their no-compromise work ethic is to be admired. They gave me all the tools I needed to make a ‘kick-ass drum library’…and had a great time doing it as well,” commented Bob Rock.