Audio Plugin Deals has announced a two week offer on the Eduardo Tarilonte Voices Bundle by Best Service, offering half off on two virtual instrument library for Kontakt and the free Kontakt Player from Native Instruments.

The bundle includes the extremely powerful and versatile vocal libraries Cantus and Mystica. 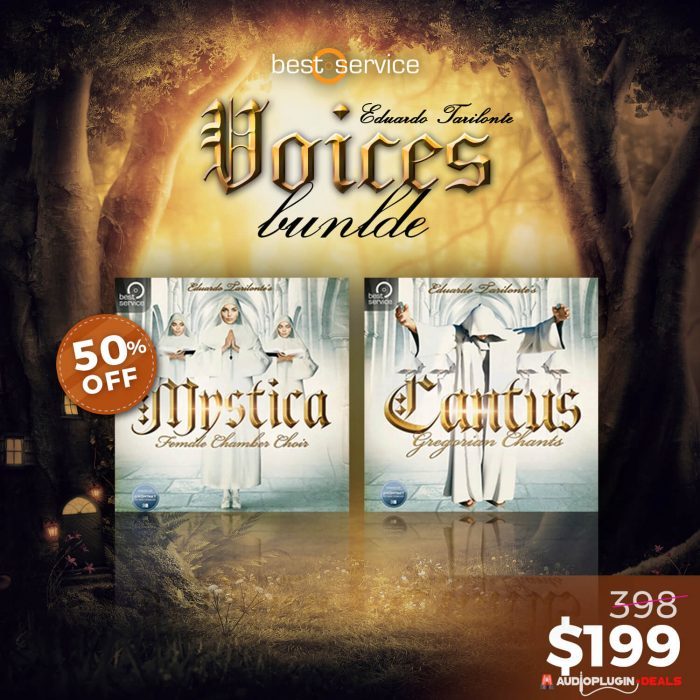 The libraries come with various legato styles and articulations, a powerful phrase arranger, soundscapes created from vocal samples, and more.

Cantus offers a real Gregorian Monk Ensemble featuring the sounds of the dark Middle Ages. Cantus is a perfect tool for composers and sound designers to create ambiences and music for films, documentaries, video games and new age music.

The bundle is $199 USD until January 20th. Each vocal library is also available separately, priced $119 USD during the promotion.

Up to 60% off Photosounder Spiral, Tape Synths for Zampler, and Voxengo plugins