Eventide has announced Euro DDL, a 16HP digital delay module made to sound less digital than the average delay while enabling external control of every feature and function.

The module features 10 seconds of pristine delay at a 192 kHz sample rate. It is also capable of extremely long delays (up to 160 seconds at a 16 kHz sample rate) allowing long passages to be captured for looping. 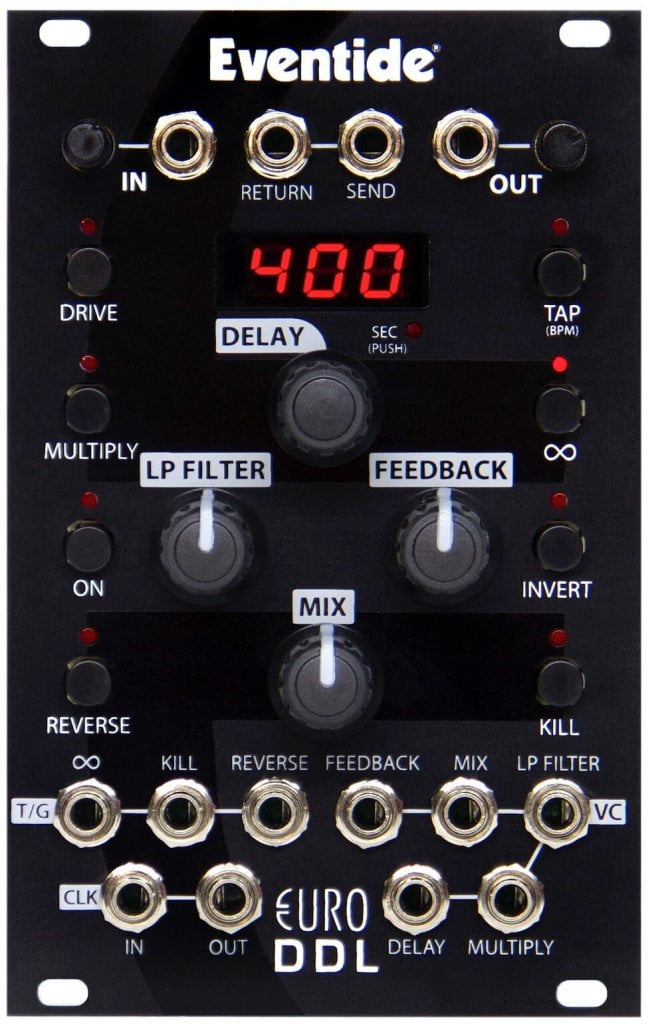 “There’s usually a modular this or that floating around at Eventide; we wanted to create a delay that can be played by musicians — musicians like our own resident experimental music artist Anthony Saunders,” says Eventide Director of Marketing Communications Nalia Sanchez.

“Plus, we wanted it to sound, feel, and behave like an analog instrument by doing as much as possible with analog components. It adds cost, but makes a clear difference. There seems to be something that happens to sound when it’s operated on in quantized time. The EuroDDL module keeps whatever that ‘something’ is to a bare minimum.”

Currently available in limited quantities, general availability of the Euro DDL is scheduled for January 2018 with an MSRP of $399 USD.