Electro-Harmonix has announced that it is shipping the new Pitch Fork+ polyphonic pitch shifter/harmony pedal with two independent pitch shifting engines with full control over each. 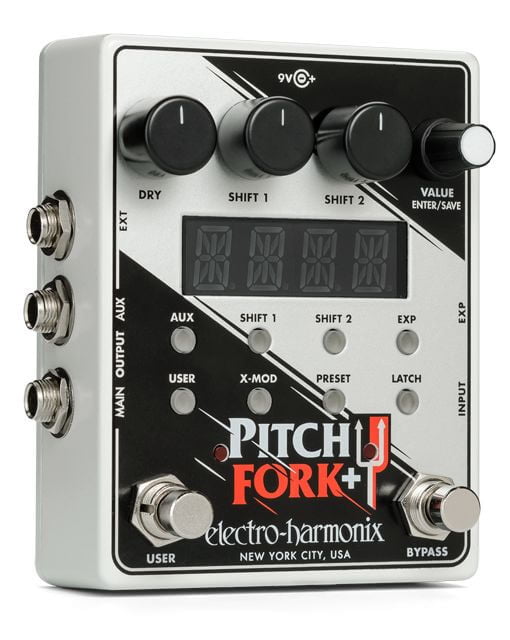 Both will transpose your pitch up or down over a +/- three octave range and detune +/-99 cents. With rock solid tracking, an organic, musical tone and extensive control, it’s your ultimate harmonizer.

Available for a street price of $213.80 USD, the Pitch Fork+ comes equipped with a standard EHX 9.6DC200mA power supply.