Five12 has announced version 4.1 of Numerology, a music sequencing and audio plugin environment which uses an innovative approach to electronic music composition based on modular step sequencing. 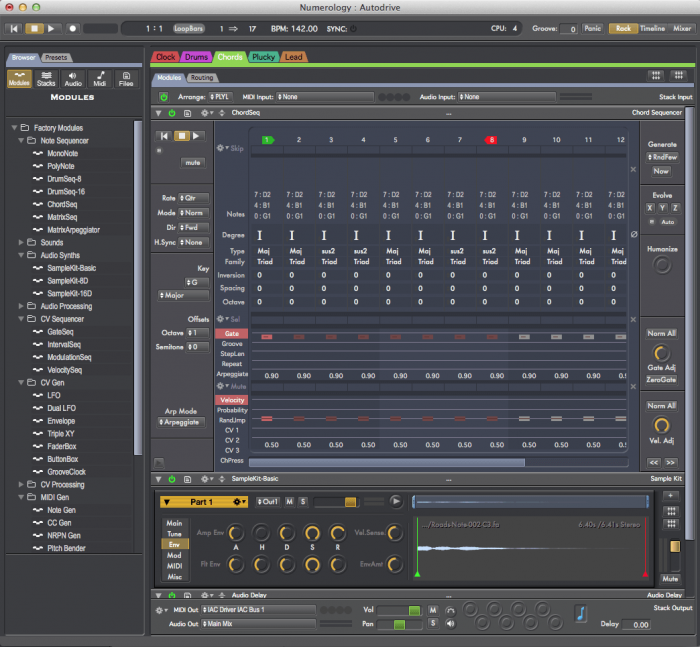 Numerology 4.1 adds a MIDI file import, support for the Novation Launchpad MkII and Launchpad Pro, some critical fixes for OS X El Capitan compatibility, and many other fixes and updates.

In addition to the holiday sale, customers in Europe, U.K., Canada and Australia can now purchase Numerology (and upgrades) in their native currencies.