Future Audio Workshop has announced the release of version 2.1 of Circle, a software synthesizer instrument for Windows and Mac.

The result of a partnership between programmers, mathematicians, audio professionals and visual designers, Circle made waves upon its initial launch in 2008 for its ground-breaking user interface, which foregoes the industry’s typical skeuomorphic approach to digital design. Instead, Circle’s intuitive interface reimagines how modular synthesis can look and work in the digital world with a very visual approach to sound design.

To open up a broader discussion about Circle and connect users worldwide, FAW have also launched the Circle User Community. The FAW team will be keenly active on the message board, so this is an ideal place to discuss feature requests, feedback, and to share your work. 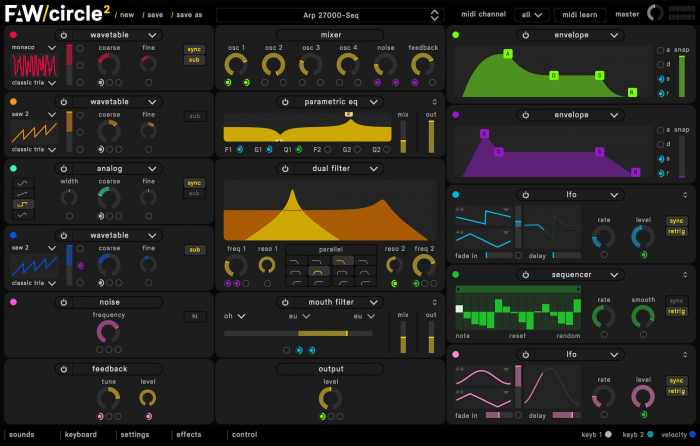 Circle2 (VST/AU/AAX) is available from Plugin Boutique for 99 EUR.