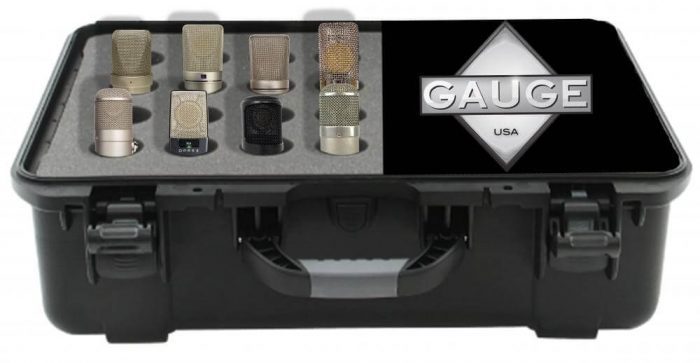 The ECM-87 Virtual Mic Locker is a microphone toolbox for recording enthusiasts and voiceover professionals. While a single microphone can range in from a few hundred to several thousand dollars, the ECM-87 Virtual Mic Locker emulates eight different microphones for an affordable street price point of less than $350 USD. The mic locker also features a ratio slider, allowing producers to adjust the character within each simulation. It’s a versatile recording workhorse that negates the need for an entire closet’s worth of microphones.

Kilhoffer is a long-time user of the ECM-87 Cardioid Condenser Microphone as well, having used it to record Kanye West’s “Forever,” which features Kanye, Drake, Lil Wayne, and Eminem. About the microphone, Kilhoffer says, “The ECM-87 has been my go-to since 2007. Mostly when you purchase a non-$3,000 Mic they are super bright. That’s why I like Gauge because it sounds to me as good as an 87, better than the 414, which was my previous microphone.”

Jeff Piergeorge, CEO of Gauge Precision Instruments, says, “We’re so excited to launch these mic lockers to the masses. Whether you’re just starting out or you’re a seasoned recording pro, you will appreciate the efficiency and character of the ECM-87 Mic Locker.” Jeff continues, “It gives you a lot of power to be creative and precise — and at less than $350, it’s a no-brainer for any producer.”

The ECM-87 Virtual Mic Locker is currently available at select dealers for $299 USD.