You may have heard Richard Devine’s work on his much-beloved album releases (the newest of which is slated to be released in November), but you’ve almost certainly heard some of his other works without realizing it when you use your personal electronics every day.

Devine creates sound assets for companies such as Apple, Microsoft, Google and other Silicon Valley giants, as well as content companies like Sony Media and the video game Doom. These range from individual sounds to complete music tracks heard through these companies’ diverse products. 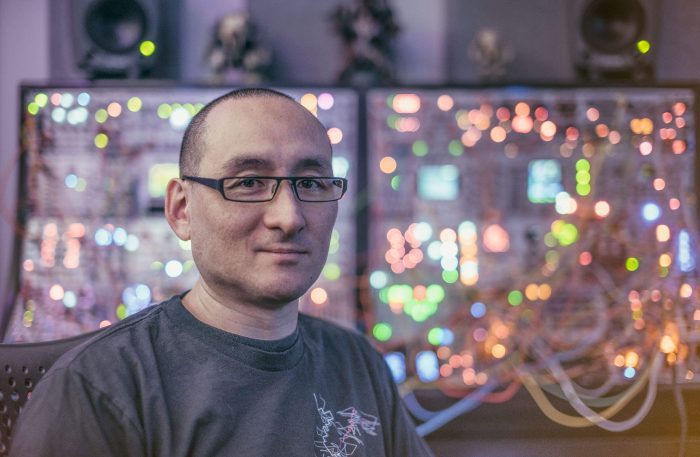 One thing that Devine definitely needs for this highly detailed creative work is absolute sonic accuracy, and he’s been relying on his Genelec monitors for over a decade, starting with a pair of Genelec 6010s that he bought in 2006 as portable travel monitors for editing and mixing on the road (and still uses today), to the Genelec 8331A Smart Active Monitors and 7350A Smart Active Subwoofer that he purchased earlier this year and that now constitute his main stereo 2.1 system for editing. With these and additional Genelec surround setups throughout Devine’s Atlanta studio, Genelec is a consistent thread through which he sculpts his work.

“What I do is definitely off the beaten path,” says Devine, whose sounds are applied to consumer products that range from smartphone apps to electric cars and touch on leading-edge areas such as AI and VR. “And for what I do, I need absolute, brutal sonic honesty from my monitor speakers. There’s a tremendous amount of detail in these sounds I’m building, and they have to work across an incredibly wide range of uses and in any environment anywhere on earth. That’s why I’ve been relying on Genelec for years, because that’s what Genelec speakers give me.”

Since he first worked on the 6010s, Devine has built an entire monitoring environment around Genelec’s monitoring technology, with a 5.1 array of 8020Cs and a 7350B sub for his VR mix room, 8030As and a 7370A sub for game and video mixes, and now the 8331/7350A system for editing, which makes these his most-used speakers on a day-to-day basis. And it’s not just Genelec’s sound that attracts him.

“I’m really drawn to Genelec’s new technology, such as the auto-alignment feature of their GLM software,” he says. “The ability of the speakers and the software to run a quick but accurate room analysis and calibrate each speaker on the spot has been a lifesaver for me. In the past, I’ve had issues around speaker placement and phase, especially with subs; Genelec solves those problems for me.”

Devine says accuracy is his single most important criteria for a monitor, and only Genelec has been able to consistently deliver that for him.

“The 8331s are like a micro lens on audio for me,” he says. “I’m blown away by how much detail you can hear through them. It’s almost clinical, but that’s what’s needed for some of what I do. It’s all in the details, and those are always in the Genelecs.”