Audio Plugin Deals has launched a sale on Adventure Brass by MusicalSampling, offering a 64% discount on the brass instrument library for Native Instruments Kontakt. 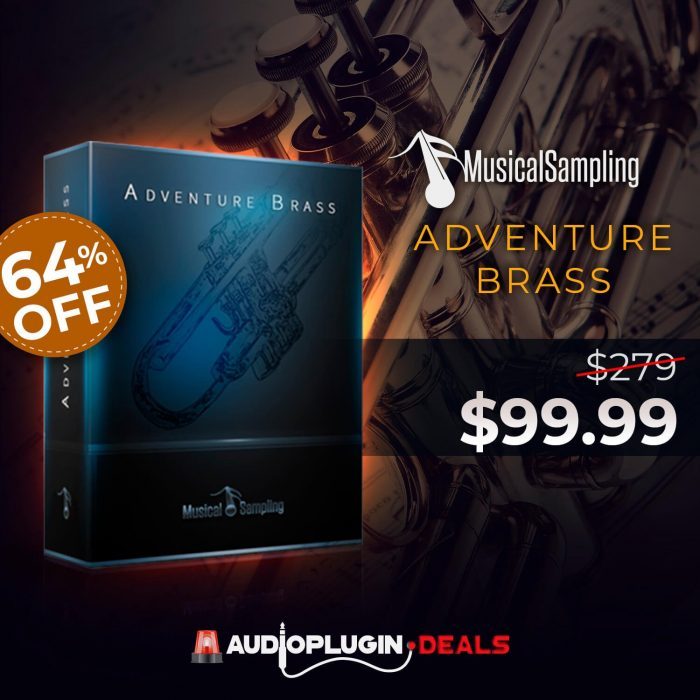 Adventure Brass was recorded at The Bridge in Los Angeles, a prominent scoring stage that has overseen a variety of television, film and game scoring projects since it’s opening in 2010.

Originally $279 USD, Adventure Brass is now available for only $99.99 USD until June 26th, 2019. After completing your order, $20 USD will be instantly added to your Rewards Wallet which you can use for any product in The Shop.