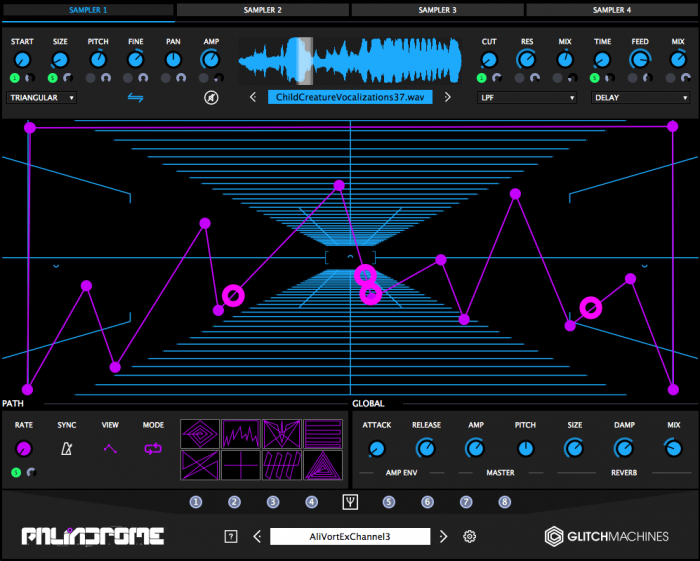 The basic concept behind Palindrome is to fuse four granular samplers with a coordinate plotting grid and complex modulation sources in order to facilitate the creation of morphing sound effects and unusual instrument patches.

The plugin’s main grid section facilitates the creation of custom paths that determine the trajectory of a playhead over time. This playhead travels across a user-definable path that corresponds with the outputs of the samplers which are smoothly morphed using a bilinear interpolation algorithm. Palindrome also features 8 user-definable multi-breakpoint modulation envelopes to facilitate the creation of intricate modulation shapes.

Palindrome for Windows and Mac (VST/AU) is available from Plugin Boutique for $79 USD.