Homegrown Sounds has announced the release of Density, a multi-layer/timbral synthesizer for Native Instruments Kontakt. 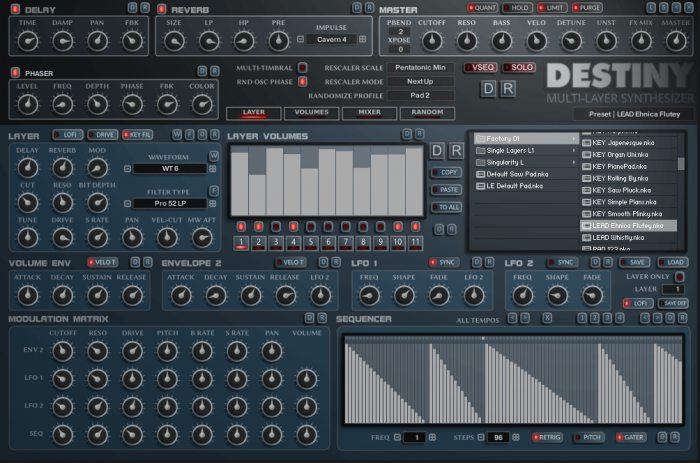 Destiny features 11 Layers each of which contains a Singularity Synth which is also included as a 2nd Synth. The Layers can either be stacked into a Multi Layer Synth or used as a Multi-Timbral Sound Module. Each Synth has 2 Envelopes, 2 LFOs, a Sequencer which are assigned to Destinations via a Modulation Matrix.

Augment is a multi-layer rhythmic synthesizer. 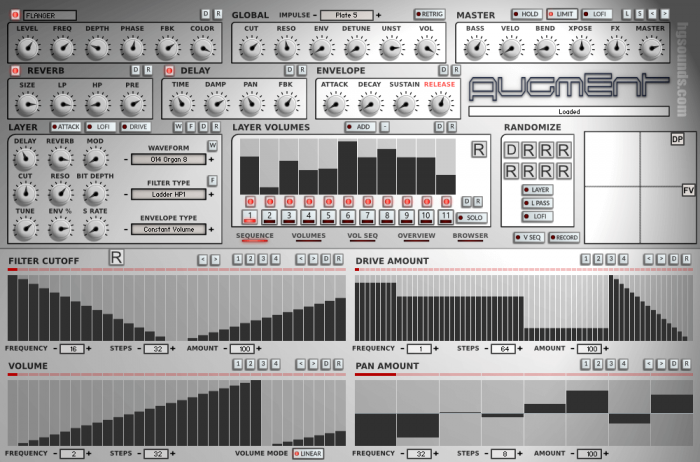 As a result Augment retains the additive mode but also uses 200 Waveforms which can be freely selected for each layer. The Waveforms are along the lines of PCM Synths of the past which have an Attack Section and a looped constant tone which works well as it allows the sounds to be more focused on Synthesis rather than sampling. The Attack Section can be disabled per Layer so they become pure tones. 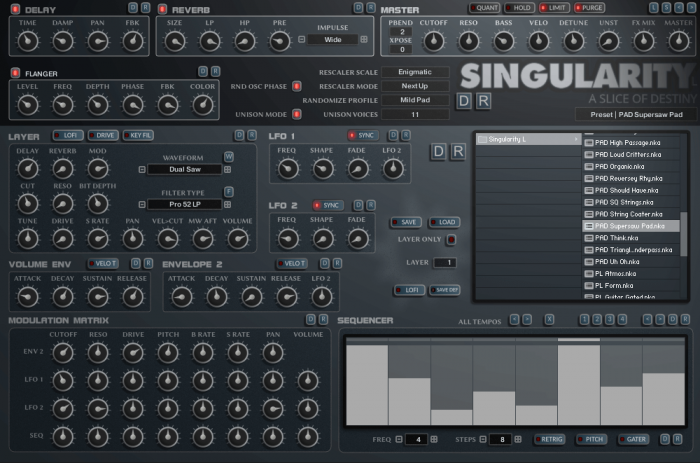 It has 2 Envelopes, 2 tempo clocked LFOs and a Sequencer which are all assigned through an extensive Modulation Matrix. Although Singularity is a single layer of Destiny, it still uses the 11 Layers as a Unison mode and so is good for Supersaw type sounds. All Presets can also be loaded into Destiny and vice versa.

There is also a version of Singularity that is included with Destiny, the only difference is that Singularity Lite uses a reduced number of Waveforms. Best of all, it’s free!