Kirnu has announced the release of pre-release version 4 of its Cream MIDI performer plugin for Windows and Mac.

Cream isn’t like any traditional MIDI arpeggiator or sequencer. It’s a lot more. With simple and clever design it has been made easy to learn and operate. You can easily create cool performances by tweaking only couple of controls. If this is not enough for you there are so many ways you can control Cream that you never feel bored with it. 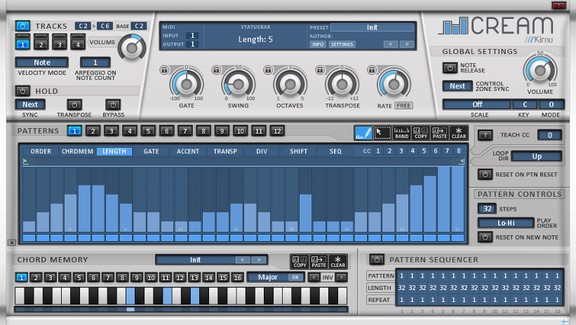 Cream for Windows and Mac (VST/AU) will be available to purchase soon.