Loopmasters has launched Future Sound of Ambient, a new royalty free collection of sounds and loops inspired by the heyday of Ambient & Electronica. 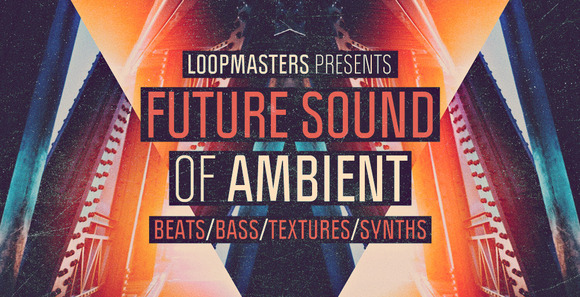 In the early 90’s genre-defining artists such as Aphex Twin, Global Communication, Speedy J, Future Sound of London, The Orb, Higher Intelligence Agency amongst others gave us a film score for our life post party. Breaking ground using synths, samplers and effects in new and exciting ways, this sound was to revolutionize electronic music forever.

Future Sound Of Ambient aims to capture the essence of what was an incredible era of musical experimentation, to get your creative juices flowing and still take it to the next level we added an ounce or two of modern production that should give you a unique sample collection that will serve you for 2015 & beyond.

Produced exclusively for Loopmasters by Glen Nicholls (aka Future Funk Squad) who started producing back in 1993 initially being introduced to Ambient & Electronica by his good friend Mark Pritchard (Global Communication / Reload) Glen is a master at creating soundscapes, having scored a number of films he fully understands how to paint with sounds and for this pack he delivered plenty of the good stuff.

The sample pack is available for purchase for £29.95 GBP, with parts sold separately starting at £8.95 GBP.