Loopmasters has announced the release of Rock & Roll Anthology, its sixth installment of the VIBES sample pack series. 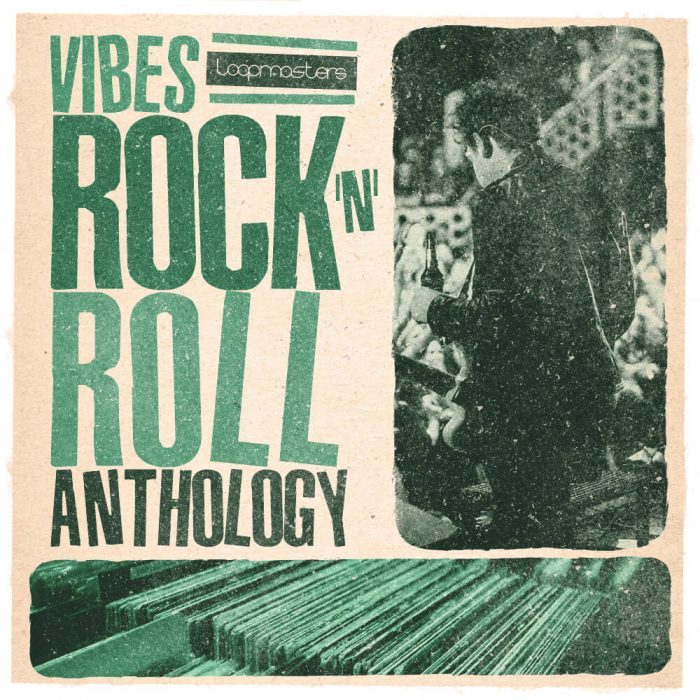 This pack transports you back to the heralded sounds of 1950 Rock n Roll and its development into the 1960s, featuring 100% royalty free content to inspire your tracks and enrich your sound.

Rock n Roll is a genre which developed in the 1950s off the back of rhythm and blues, the advent of electronically amplified instruments and the production of the 45RPM vinyl record. Artists like Fats Domino, Buddy Holly and Chuck Berry influenced a huge number of bands, using the electric guitar as the lead sound and creating a more driving and aggressive sound to their music. Rock and Roll created sounds and a huge number of scenes throughout its development – influencing cultural movements and dance styles too. And so Rock n Roll was born and has never died!

Rock n Roll comes with over 1 Gb of stunning wav loops, featuring the wondrous sounds of electric guitar, double bass, live drums, pianos, saxophone and frame guitar to deliver that authentic Rock n Roll to your music. Delivered as 15 full tracks, we give you the freedom to mix things up with track influenced by a range of styles within the genre, and mix up to customise in your own music.

Every element has been hand crafted for stunning authenticity using vintage Vox, Ludwig, Fender, Marshall gear and more – to deliver the most accurate replication of Rock n Roll possible without the use of time travel! You’ll find sterling sounds with subtle distortions and harmonic overtones aplenty, to evoke rocking memories of this past epoch.