Phase EQ has been designed to be both powerful and flexible yet easy to use. Controls and parameters have been set up to steer users in the right direction without being restrictive in function.

To ensure a high quality signal with a low signal to noise ratio 64 bit precision is used internally on the entire audio path. Optional oversampling is available for increased audio fidelity.

NCL Phase EQ was developed for the KVR Developer Challenge 2009. It is available to download as a freeware VST effect plug-in for Windows PC. 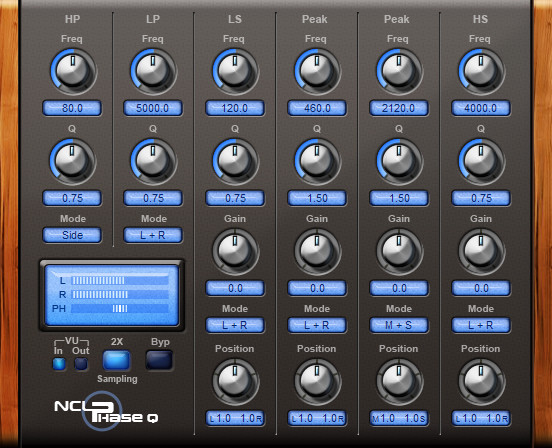