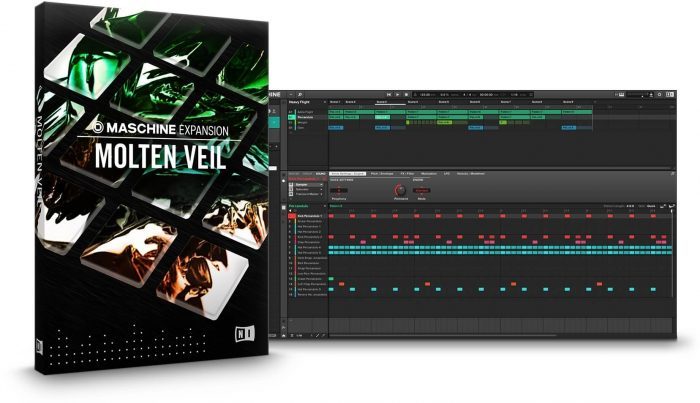 MOLTEN VEIL features sounds crafted by acclaimed techno icon Umek. Since the early 90s, the Slovenian DJ-producer has risen from the underground techno scene to the stages of EDC in Las Vegas – releasing music on Toolroom, Great Stuff, and his own 1605 imprint. To complement the release of this MASCHINE Expansion, Umek has also compiled an exclusive playlist on Spotify of some of his favorite tracks.

A compact version of MOLTEN VEIL is also available as an iMASCHINE Expansion, for creating beats on the go. Tracks can be exported to MASCHINE STUDIO, MASCHINE, and MASCHINE MIKRO for completion.