PreSonus has announced it is shipping AudioBox 1.2, a free update that significantly enhances the performance and versatility of their AudioBox 1818VSL interface and also provides a number of new features for its AudioBox™ USB, AudioBox 22VSL and AudioBox 44VSL audio/MIDI interfaces. 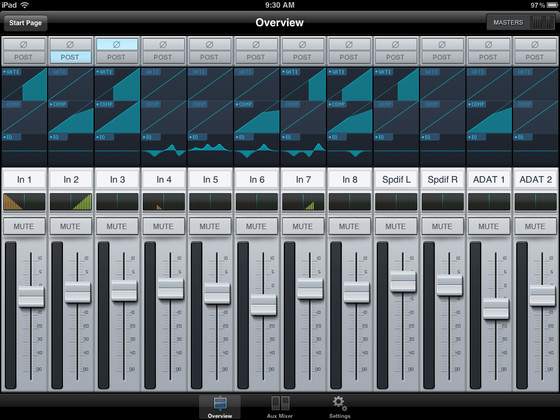 The AudioBox recording systems get support for the AB1818VSL Remote app for iPad.

One of the biggest enhancements for the AudioBox 1818VSL is that support has been added for AB1818VSL Remote for iPad®. With this free app, you can control virtually every parameter in Virtual StudioLive for AudioBox 1818VSL from an iPad, including volume, pan, aux sends, FX buses, and Fat Channel parameters.

As a result, users can use an AudioBox 1818VSL and USB-connected laptop as a full-featured mixer/recorder for small gigs, rehearsal spaces, and mobile churches, with the iPad serving as a touchscreen mixing surface. In the studio, manage the monitor mixes from your iPad while dedicating your computer screen to a DAW.

A firmware update rescales the preamp tapers on the AudioBox 1818VSL to add more headroom; Virtual StudioLive for 1818VSL now sends all channels to outputs 7/8 (headphones) by default.

With the AudioBox 1.2 update, all AudioBox-series interfaces become compatible with USB 3.0-a rarity among audio interfaces.

This free update is recommended for all AudioBox-series users. AB1818VSL Remote is a free download from the Apple App Store.