Rayzoon has released Jamstix 2, a virtual drummer VSTi which runs synchronized with your sequencer and features in-depth real-time modeling of various styles as well as human drummers with their own habits, accents and fill characteristics. 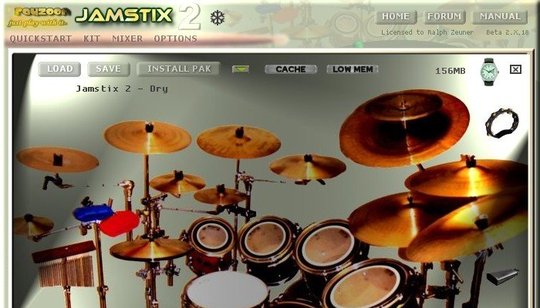 Jamstix 2 is complemented by a high-quality sample player with 1.5GB of samples (XL version) as well as a VSTi subhost that can ‘drive’ your favorite drum module with the brain power and arrangement functionality of Jamstix 2.